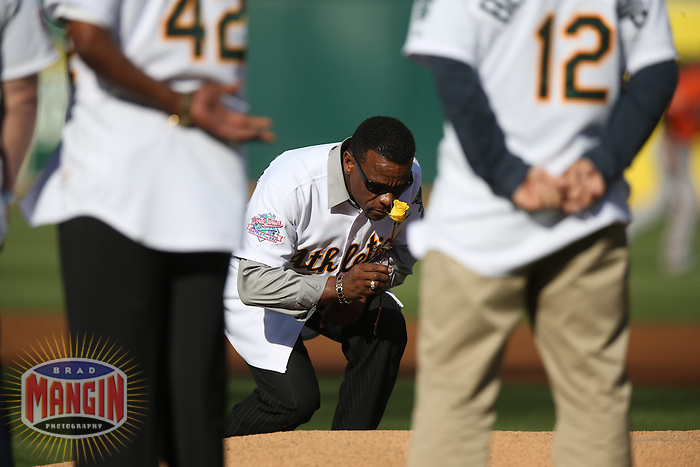 OAKLAND, CA - JULY 19: Rickey Henderson #24 of the 1989 Oakland A's celebrates their World Series championship 25 years ago, before a game against the Baltimore Orioles at O.co Coliseum on July 19, 2014 in Oakland, California. Henderson is carrying a rose that he will lay down at the pitcher's mound in remembrance of Bob Welch, who died June 9. Photo by Brad Mangin